Skip to content
Cart
Now reading: "She saved both of us and we saved her"
Share
PrevNext 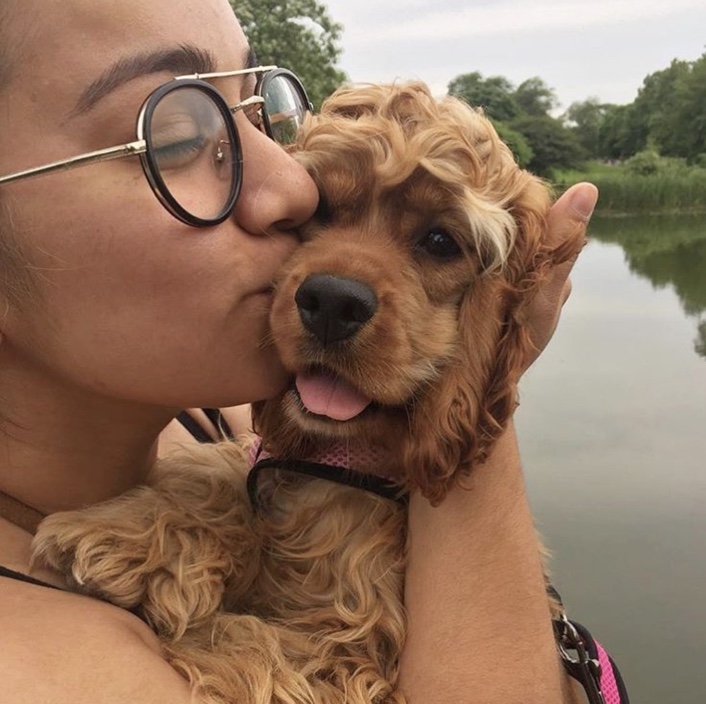 Since having Marley join are little family, it’s been all joy, smiles, laughter, and good spirit. We come home from our good days or bad days and she is right by the door wagging her little tail ready to up our spirit. She’s the best thing to come into our lives. She was a rescue dog, so the first week of leaving her by herself was hard because she always thought we were going to leave her. But as soon as we came home to her every day, she learned that we’re never going to leave her."

Life before Marley
"Before Marley, my boyfriend had two dogs – a bulldog named Lola and a shih tzu named Rugrat. He had Lola for 15 years untill last year she passed away. He fell into depression and couldn’t get back to work. A month later, he got himself back up and was working; and, he was going to give everything to Rugrat to keep him safe. Rugrat passed away 2 months later. He fell deep into depression again – didn’t talk much and didn’t eat. He tried to get back up, but it was hard.

2 months later, we started talking about getting a dog and he said “sure”, but this time we did everything right, no matter the cost. We found a picture of little cocker spaniel and he instantly he fell in love and so did I. The next day, we went and got her.

Every day from then on has been joy and happinesses. She saved both of us and we saved her :)" 🐶😇🙌

"Finally, my pain is managed"